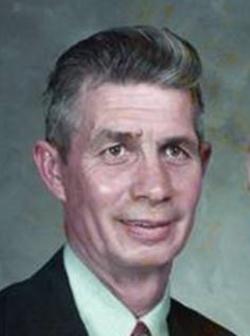 Adrian Delbert Sinsel age 89 a resident of Mansfield Addition, Philippi and a former resident of Union Community passed away on Tuesday, October 23, 2012 at his residence. He was born July 1, 1923 in Union Community, Philippi a son of the late Monzell Marcellus and Verdie (Ketchem) Sinsel. He was united in marriage to his wife of 64 years Margaret Louise (Phillips) Sinsel who passed on September 5, 2012. Surviving are:

He was a carpenter for the Carpenter’s Union and self-employed as a general contractor.
Mr. Sinsel served in the U.S. Army during WWII. Adrian entered the military on June 25, 1943 and was assigned to the 11th Airborne, 511th parachute infantry regiment. As a young paratrooper, his unit made three combat jumps; one of those jumps was at Luzon. The 11th airborne made a daring raid behind enemy lines and liberated 2,147 allied prisoners from the Los Banos internment camp which was under control of the Japanese. One of the objectives was to clear a mountain pass. It took three months of bitter fighting, and often hand to hand combat to drive the Japanese defender from the pass and surrounding heights. In the end, the 11th airborne had killed almost 6,000 Japanese soldiers.

Friends will be received at the Wright Funeral Home 216 N. Walnut St. Philippi on Thursday, October 25 from 11am-8 pm and on Friday, October 26 from 8-11am the service hour with Pastor Mike MacAdam officiating. Interment will be in the Belington Fraternal Cemetery with Military Honours being accorded. In lieu of flowers, memorial donations may be made to the Barbour County American Legion Post #44, 44 1/2 S. Main St. Philippi, WV 26416.

Friday October 26, 2012, 11 am at Wright Funeral Home
Click for Map and Directions