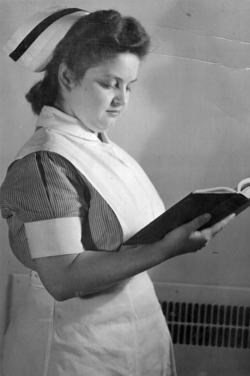 Betty L. Marsh age 82 a resident of Nella’s Nursing Home for the past eight years, and a former resident of Rt. 1 Moatsville, passed away Thursday March 5, 2009. She was born March 19, 1926 in Owings, WV a daughter of the late George and Mable (McIntire) Pitzer. She was united in marriage October 31, 1948 to Elmer Dwight Marsh who preceded her in death October 25, 2006. Surviving is
One son; Floyd Marsh

Mrs. Marsh was preceded in death by three brothers: Harold, Douglas, and Dennis Pitzer. She was a registered nurse, having retired from Davis Memorial Hospital.
Mrs. Marsh was an Army Nurse Cadet from 1946-47. She was a past member of the Dorcas Rebekah Lodge # 275
Mrs. Marsh was a protestant by faith.

Friends will be received at the Wright Funeral Home 216 N. Walnut St. Philippi on Monday March 9, 2009 from 4-7:00 p.m. and on Tuesday March 10, 2009 from 8-11:00 a.m. the service hour with Pastor Bryan Headley officiating. Interment will follow in the Central Chapel Cemetery.