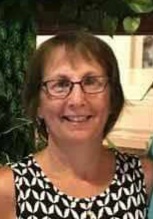 Carol Lynn Smithson Sinsel 64 years old of 167 Cole Street, Philippi, WV went to the feet of her Lord and Savior Jesus Christ on January 12, 2021 at her home surrounded by her family after fighting a courageous battle with cancer. She is the daughter of Anna Gale Roberts Smithson and the late V. L. “Sonny” Smithson of Belington. She was born January 28, 1956 in Parsons, WV. She married Steven Hall Sinsel on August 20, 1977 at the Belington Baptist Church who has been a wonderful husband and care giver. They had celebrated 43 years of marriage. Surviving are her daughters, Stephanie Danielle Sinsel and granddog, Neiko, Morgantown, WV. Bronlyn Nicole Smith and husband Ben and her precious granddaughters Maggie Jade and Mia Kathryn also of Morgantown, WV. She is also survived by her sisters and brother: Shirley Maruca and husband Bob, Florida, Robert Smithson, Belington, WV, Linda White and husband Dave, Buckhannon, WV, and Nancy Garcia and husband Tony, Homestead, Florida. She has several special nieces and nephew, Daniel and Ella Bailey, Christa White, Maranda and Braxton Collins, Josh White, David Tyler White and Colt, Logan Smithson, Ian Smithson, Anthony Garcia and Alexandra Garica. She is survived by Uncle John and Aunt Betty Roberts of Charleston, WV, and Aunt Phyl Smithson of Buckhannon, WV; Uncle James and Aunt Shirley Sinsel, Ohio along with several great cousins. She was preceded in death by a sister Judy Ann Smithson. Carol was 1973 Miss Belington and was 1975 Forest Festival Princess. Carol was very active in serving her Lord and Savior. She held many different positions throughout her time as Sunday school teacher, Vacation Bible School leader and pianist. She was currently a member of the Southern Baptist church where she was the sound technician, assistant treasurer and substitute Sunday School Teacher. She has participated in special mission trips to Quito, Ecuador and Camden, New Jersey. Carol was the Philippi Elementary P.T.A. treasurer when her children were in school. She was active in community events relating to children with and without special needs. She was a volunteer coach for the Philippi Swim Team, which later became the Barbour County Swim team for many years. She started volunteering for Special Olympics West Virginia in 1976 as a coach, regional coordinator and event director for the Special Olympics Winter Games until 2014. She was also very active in the American Red Cross starting in 1975, and American Heart Association as an instructor, instructor training and regional coordinator until 2019. She was named Outstanding Young Women of American in 1989. She was named to Who’s Who in American Education in 1992-1993. She was named to Who’s Who Among American Teachers in 2002 and 2006. She was a member of the Philippi All American City presenter in Washington DC in 2004 and Atlanta, GA 2005. She assisted with the Philippi Chili Cook Off and Poker Run from 2005 to 2008. She was a member of Mortar Board which is a national honor society and a member of Gamma Sigma Delta an Honor Society of Agriculture. She was a WVIAC tabulator for the cheerleading competition from 2002-2006. She was a board member of the Barbour County Health Department for five years. She was a member of the Board of Directors of Freedom Bank and Freedom Bank Shares since 2012, Carol graduated from Philippi Barbour in 1974 and Alderson-Broaddus College in 1977. She earned two masters from West Virginia University in 1980 and 1994. She also earned a teaching endorsement from Marshall University. Carol worked for the Barbour County Board of Education and retired as an Associated Professor with 30 years of service from Alderson Broaddus University. She enjoyed having students over for dinners. In 2007 she was awarded the Cecil B. Highland Jr. Citizen of the Year Award. In 2003 she was awarded the WVTRA Fellowship Award. In 2002 she was awarded A-B College Distinguished Alumni Ward. In her spare time she enjoyed reading, studying her Bible, making baby afghans, making hot rolls for friends and neighbors, and learning new information. She also had a sense of adventure with her three tandem airplane jumps. Carol enjoyed many whitewater trips down the New River and Cheat River and zip lining over the New River Gorge. She enjoyed playing softball, water and snow skiing, and roller skating in her younger years. She loved going to the beach with family and friends, enjoying God’s beauty. She would like to thank the many friends that helped doing this time. In lieu of flowers, memorial contributions may be made to The American Cancer Society, American Heart Association or the Southern Baptist Church of Philippi.
Friends will be received at the Wright Funeral Home and Crematory 220 N. Walnut St. Philippi on Saturday January 16, from 3-6 pm and on Sunday January 17, from 10 am- 2pm. Funeral services will be conducted at 2 pm with Pastor Jim Strawderman officiating. In honor of Carol’s request cremation will follow the services.