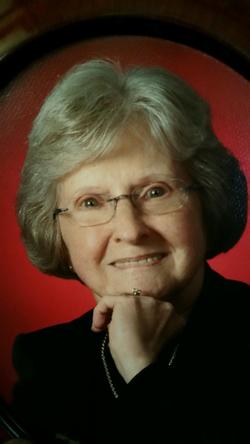 Coleen Ruth Wagoner age 84 a resident of Perry, GA and former resident of Walnut St. Philippi passed away on Friday, January 6, 2017 in the Medical Center of Peach County. She was born October 19, 1932 in Barbour Co. a daughter of the late Alston and Virgie (Arbogast) Day. She was united in marriage July 19, 1952 to Charles Wagoner who preceded her in death July 6, 2004. Surviving is,

one daughter, Karen Hardman of Philippi

one sister, Imogene Armentrout of Belington

She was preceded in death by one son, C. Roger Wagoner and one brother, Mason Day

Mrs. Wagoner retired as a secretary for Belington Bank.

She enjoyed gardening, crocheting, attending church, and loved caring for her family and made family gatherings special.

Friends will be received at Wright Funeral Home 220 N. Walnut St. Philippi on Wednesday, January 11, 2017 from 6-8 pm and on Thursday, January 12th from 8am-1 pm the service hour with Pastor Henry “Hank” Sharrow officiating. Interment will follow in the WV National Cemetery in Pruntytown.