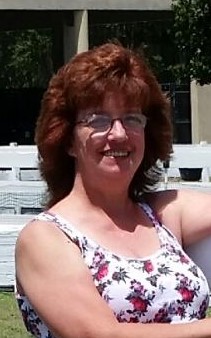 Deborah Ellen Simmons was born September 27, 1961 in Anne Arundel Maryland. On July 30th 1982 Deborah Ellen Simmons was united in marriage to Charles Ray Simmons, Jr. of Norfolk Virginia, who preceded her in death on July 24, 2014.
Friday July 9th, 2021 Deborah suffered a bleeding stroke at her home. She passed from this life after a stay at Ruby Memorial Hospital. Deborah succumbed to her brain injuries on July 11th, 2021 while surrounded by her family.
Debbie was hardworking, strong-willed, and courageous person. She was always more concerned with helping others than herself. She was a very selfless person, who more often spoke about her heart louder than any words could. Beautiful crocheting could always be seen where she rested and long walks took her away to the beauty she always carried in her heart.
Deborah Ellen Simmons was preceded in death by her mother Mary Ellen (Poling) Bailey and father, Elbert Bailey, her husband Charles Ray Simmons, Jr. her mother-in-law Wanda Regina Simons, father-in-law Charles Ray Simmons, Sr. and sister-in-law Joann Simmons. Deborah is survived by her daughters, Patricia Simmons and companion Cody Reid, and Charlene Brooks and husband Clinten, granddaughters, Vanessa Reid Na’Chelle Brooks, and Addison Brooks. She is also survived by her sister-in-law Sharon Simmons, brother-in-law Franklin Simmons and wife Rebecca.
Friends will be received at the Wright Funeral Home and Crematory 220 N. Walnut St. Philippi on Monday July 19, from 6-8 pm and on Tuesday July 20, form 8am – 1 pm. Funeral services will be conducted at 1 pm with Pastor Downing Gregory officiating. Interment will follow in the Central Chapel Cemetery. In lieu of flowers memorial contributions may be made to Wright Funeral Home to help with Deborah’s funeral expense.