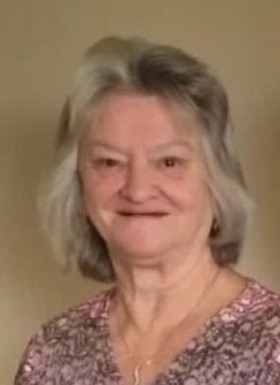 Dorothy “Dottie” Louise Golden, age 78, formerly of Mt. Liberty passed away Saturday July 9, 2022 where she made her home with her daughter in Morgantown, WV.  Dottie was born September 30, 1943 in Mt. Liberty, she was the daughter of the late Theodore and Georgia (Everson) Booth of Mt. Liberty.  She was united in marriage to Jr. Golden in 1962, who preceded her in death.  She was a devoted stay at home mother and grandmother.  She was a member of many community organizations in Barbour and Monongalia Counties.  She loved winter trips to Florida and camping with her late husband.  She enjoyed gardening and canning.  She mostly enjoyed spending time with her grandchildren and great grandchildren.  She is survived by her daughter and son-in-law, Joyce (Golden) Gandy and husband Jimmy of Morgantown, son and daughter-in-law, Gregory Golden and wife Shelly of Parsons, daughter and fiancé, Cheri (Golden) Reed and Zach Meyer of Elkins.  Also grandchildren, Trent Speicher and wife Misty, Josh Speicher and wife Blair, Garrett Golden and fiancé Felicia , Meagan Lewis, Hunter Golden, Cory Reed, Christopher Golden, and NeCole Gauntt and 13 great grandchildren.  Her siblings David Booth and Betty Ramos of Ohio, Terry Booth and wife Judy of Philippi, Special niece and caregiver Vera Speicher of Morgantown.  She was preceded in death by her parents Theodore and Georgia (Everson) Booth, one brother, and a special uncle Bertsell (Harm) Booth whom helped raise her.  The family gives a special thank you to Amedysis Hospice and her nurse’s Emily and Misty for care that was given to Dottie.

Friends will be received at the Wright Funeral Home and Crematory 220 N. Walnut St. Philippi on Wednesday July 13, from 11 am- 7 pm.  Thursday July 14, from 10-11 am. Funeral services will be conducted at 11am with Evangelist Stan Jenkins officiating. Interment will follow in the Mt. Liberty Cemetery.