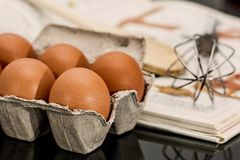 Dorothy Lee Campbell age 87 a resident of Barbour Co. Highway, Philippi passed away on Monday, March 26, 2018 in Mansfield Place. She was born May 30, 1930 in Grafton, WV a daughter of the late Ambrose Hollywood and Ruby Pearl (Fitzwater) McPherson. She was united in marriage to Wilmer A. (Hoot) Campbell who preceded her in death in 1989. Surviving are six children,

She was a Nurse’s Aide at Broaddus Hospital for 17 ½ years, and later worked for Home Health Care and a Homemaker

She enjoyed traveling, cooking, she was an excellent baker, she was a member of the Ladies’ Aide; she prided herself in pleasing and caring for others.

Ms. Campbell was a member of Silent Grove Church

Friends will be received at the Wright Funeral Home 220 N. Walnut St. Philippi on Wednesday, March 28th from 5-8 pm and on Thursday, March 29th from 8 am-1 pm the service hour with Pastor Bryan Headley officiating. Interment will follow in the Jerusalem Cemetery.