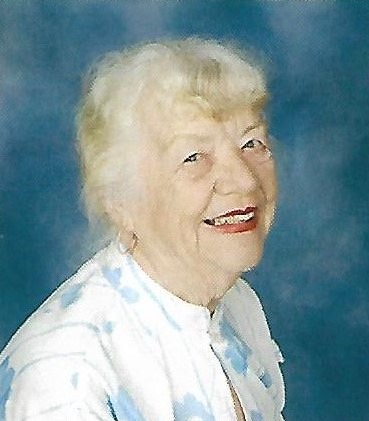 Elsie Lilian Frye, age 91, a resident of Moatsville, passed away Tuesday October 26, 2021 in Rosewood Nursing Home in Grafton. Elsie was born September 30, 1930 in London, England a daughter of the late Charles A. and Ida Lilian (Wells) Lacey. Elsie was united in marriage on June 13, 1981 to Thomas G. Frye, Jr. who preceded her in death on January 22, 1996. Elsie in survived by one granddaughter, Chasity M. Miller of California

Friends will be received at the Wright Funeral Home and Crematory 220 N. Walnut St. Philippi on Saturday October 30, from 5-8 pm. The Philippi Chapter #41 OES will conduct services at 7 pm. Viewing will continue on Sunday October 31, from 8 am- 2 pm. Funeral services will be conducted at 2 pm with Pastor Jon Villers officiating. Interment will follow in the Stonewall Park Cemetery in Stonewood.