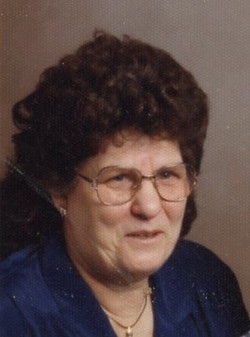 Erma Jean Loar age 77 a resident of Rt. 1 Moatsville passed away on Wednesday, January 30, 2013 in Ruby Memorial Hospital. She was born October 16, 1935 in Akron, Ohio a daughter of the late Robert D. Swiger and Clara (Cain) Couts. She was united in marriage October 18, 1953 to Dorsey Loar who preceded her in death in 1979. Surviving are,

Ms. Loar was preceded in death by one son, Bob Loar

She was self-employed as a health care worker.
Ms. Loar attended the Eagles, enjoyed making crafts, angels and tending to plants

Friends will be received Shiloh Church of the Brethren on Saturday, February 2, 2013 from 2-3:00 pm the service hour with Pastor Garry Clem officiating. Interment will follow in the Shiloh Cemetery.