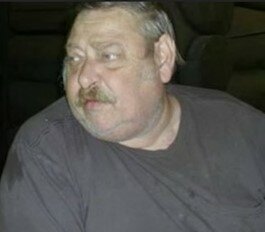 Garry Lee Rollins, Sr., age 67, a resident of Philippi, passed away unexpectedly on Sunday April 24, 2022 in Broaddus Hospital. Garry was born July 5, 1954, in Columbus, OH a son of the late Ross “Buck” and Wanda (Crickbaum) Rollins. Garry was united in marriage on June 3, 1977 to Lucinda “Cindy” (Knight) Rollins who preceded him in death on August 26, 2013. Surviving are children, Kay Jones and husband Mike, Garry Rollins, Jr. and wife Robin both of Philippi, and Mike Weisman and wife Jamie of London, OH
Grandchildren, Austyn Rollins, Michael Jones, John Jones, Anna Poling and husband Matthew, Jeni Rollins, Garry Rollins III, all of Philippi, Bishop Weisman and Brooklyn Weisman of London, OH, and Raelynn Murray of Weston
Sister, Donna Moran of Grifton, NC, brother Russel Rollins and wife Betsy of Huntsville, AL, Jim Rollins of Columbus, OH and Carl Rollins and wife Kendra Waverly, OH.
Along with his parents and wife, Garry was preceded in death by daughter, Rebecca Ann Rollins. In his early years he worked in underground coal mines and was a machine operator for Kitt Energy Coal Company, followed by an extensive career as a long haul truck driver for Venezia Transport Inc. He enjoyed hunting and fishing but being with his grandchildren brought him the most joy.
Friends will be received at the Wright Funeral Home and Crematory 220 N. Walnut St. Philippi on Tuesday April 26, from 6-8 pm and on Wednesday April 27, from 8am- 2pm. Funeral services will be conducted at 2pm with Pastor Bryan Headley officiating. Interment will follow in the Mt. Tabor Cemetery.