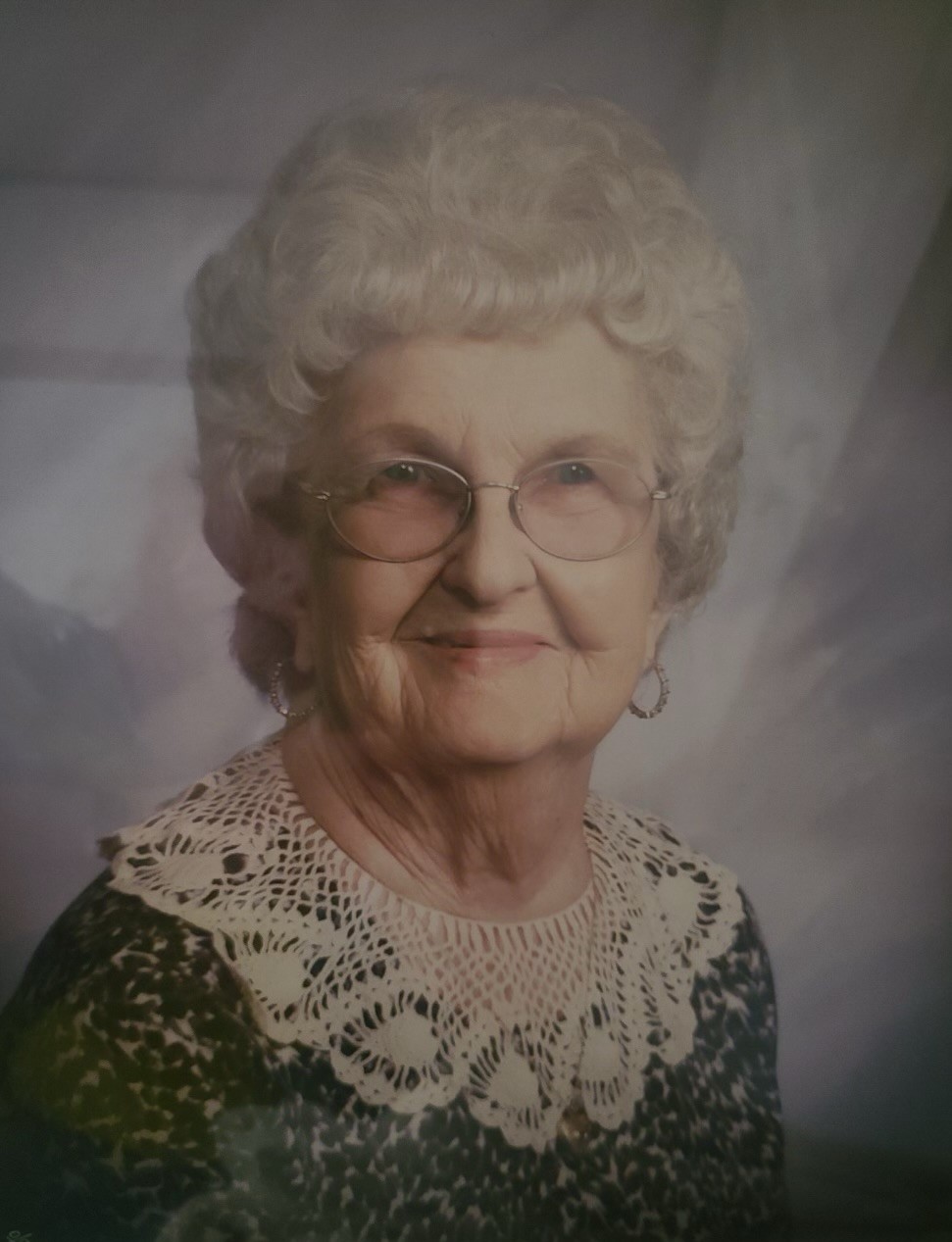 Genevieve “Jenny” Wanda Ball, age 93, a resident of Volga and a former resident of Clemtown passed away Monday December 6, 2021 at the home of her daughter where she had been residing for several years. Jenny was born November 22, 1928 in Fairmont, WV a daughter of the late Burton R. and Ethel R. (Canfield) Murphy. Jenny was united in marriage on April 21, 1944 to John E. Ball Sr. who preceded her in death December 5, 1992. Surviving is
Son, John E. Ball Jr. and wife Margaret R. of Grafton

Jenny was also preceded in death by one infant son, one infant granddaughter, sister Rita June Felton, and brother-in-law Mark Felton
Jenny was a homemaker, she was a member of the Pleasant Creek Homemakers/CEOS and served in several officer positions, she also volunteered at the Barbour County Fair and also the Winter Fair. She was the past Barbour County Bell, she enjoyed working the polls for the elections, she volunteered for the Red Cross at their blood drives. She enjoyed making crafts and taught herself how to oil paint, she especially enjoyed painting the Philippi Cover Bridge. Jenny loved to travel, work in her flowers, and she was an animal lover of all kinds but was more keen of her felines. In earlier years she liked to line dance, she loved her family and friends.

Friends will be received at the Wright Funeral Home and Crematory 220 N. Walnut St. Philippi on Thursday December 9, from 6-8 pm and on Friday December 10, from 8- 11am. Funeral services will be conducted at 11 am with Pastor Sam Felton officiating. Interment will follow in the Clemtown Cemetery.