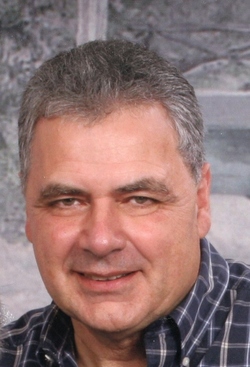 George Perry Kratsas, age 67, a resident of Philippi passed away unexpectedly on Thursday August 13, 2015 at his residence. He was born on March 3, 1948 in Pittsburgh, PA a son of Perry George Kratsas of Clearwater Beach, FL., and the late Mary (Kefalos) Kratsas. He was united in marriage on May 9, 1970 to Kathleen Ann (Dugan) Kratsas who survives.
Also surviving
One daughter, Erin Skaros and husband George, of Sewickley, PA, and their children Theo and Ariana

One son, Jason Kratsas and wife Sherry of Cranberry Township, PA, and their children Sydney and Corinne

George worked and retired from All American Homes as a homebuilder. He was a member of the Bigelow Lodge AF & AM #59, R.A.M., and past patron of the Philippi Eastern Star Chapter #41. George was an avid Pirates and Steelers fan, he enjoyed gardening, vacationing with family and friends, and enjoyed playing the trumpet.

George graduated from Penn Hills High School in Pittsburgh, PA, and graduated from Alderson-Broaddus College in 1970 with a bachelor’s degree in business administration. George was a member of the Greek Orthodox Church in Oakmont, PA and after moving to Philippi attended the Philippi Baptist Church.

Friends will be received at the Wright Funeral Home, 220 N. Walnut Street, Philippi, on Sunday, August 16, from 12-3 and 6-8. The service hour will be held on Monday, August 17 from 8-11 am, with the funeral to follow at 11. Interment will be held on Tuesday August 18, at 11am at the Round Hill Park Cemetery in Elizabeth Township, PA. In lieu of flowers family has asked memorial contributions be made to Animal Friends of Barbour County, afobcwv.org, PO Box 452, Philippi, WV 26416.