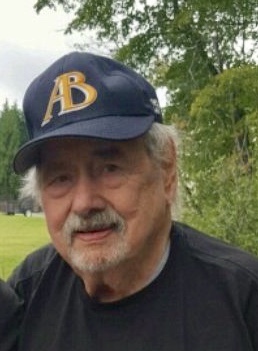 George William Shine, Sr., age 89, a resident of Westover, WV, passed away Friday, September 6, 2019 in Mapleshire Nursing Home in Morgantown, WV. George was born April 4, 1930 in Shaker Heights, OH, a son of the late Frank and Elva (Shifflet) Shine. George was twice married first in 1952 to Vera (Foster) Shine who preceded him in death in 1956, second in May of 1957 to Mildred Lucille (Golden) Shine who preceded him in death on January 23, 1990. Surviving is, seven children-

George William Shine Jr. and wife Tina of Indianapolis, IN

Allan Oscher and Norman McClain of Indianapolis, IN

George worked as a line manager for Universal Springs and later worked in the maintenance department for Maidsville Coal Mines. He enjoyed cooking, baking, gardening and was an avid Chess Player.

Friends will be received at the Wright Funeral Home 220 N. Walnut St. Philippi on Monday September 9, from 3-8 pm and on Tuesday September 10, from 8-11 am. Funeral services will be conducted at 11 am with Pastor Bryan Headley officiating. Interment will follow in the Mt. Liberty Cemetery.