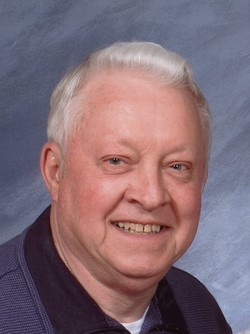 Gerald Edward Zirkle, age 75, a resident of Robinhood Ln. Elkins passed away Thursday May 23, 2013 at his residence. He was born December 22, 1937 in Volga, WV a son of the late Albert Moats and Ora (Zirkle) Haddix. He was twice married first to Alice Jane (Woodford) Zirkle who preceded him in death on November 5, 2000, and second to Naomi Ruth (Poling) Zirkle who survives. Also surviving
Two daughters; Theresa Mae Johnson and husband Steve of Poquoson, VA
Roseanna Bardwell and husband David of Clarksville, TN
Step daughter; Carol Losh of Elkins

Mr. Zirkle was preceded in death by one sister, Libby McDaniel.
Mr. Zirkle retired from the US Army as a Sergeant First Class with 23 yrs. Service, and from the US Airforce as an air traffic controller with 20 yrs. Service. He enjoyed traveling and going on tours. He attended the Sand Run Baptist Church.

Friends will be received at the Wright Funeral Home 216 N. Walnut St. Philippi on Friday May 24, from 5-8 pm and on Saturday May 25, from 8 am -1 pm the service hour with Pastor Don Butcher officiating. Interment will follow in the Mt. Olive Cemetery with military honours being accorded. Memorial Contributions may be made to Mt. Hospice 1600 Crim Ave. Belington, WV 26250 Condolences may be expressed to the family at www.wrightfuneralhomeservices.com