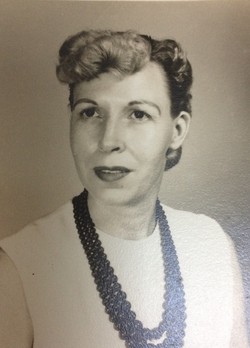 Gerry graduated from Philippi High School in 1942. She was also a 1972 graduate of Daytona Beach Community College of Nursing. Gerry worked as a nurses aid at Myers Clinic in Philippi after graduating from high school. After becoming an LPN, she started her career as a nurse at Halifax Hospital in Daytona Beach, FL and retired after 32 years of nursing at the age of 80. She finished her nursing career at Indigo Manor in Daytona Beach, having worked there 18 years. She was also a former employee of 10 years of BF Goodrich in Marion, Ohio.

In addition to her parents, she is preceded in death by a brother, Virgil Allen.

She is survived by her husband, John Queen, whom she married July 7, 1945. They celebrated their 71st wedding anniversary this year. She is also survived by a son, Sam (Mary Turner) Queen of Marion, Ohio and a daughter, Debby (Mark) Chandler of Delaware, Ohio. Also surviving are 4 grandchildren- Kevin (Lori) Queen of Marion, Ohio, Brian ( Lori) Queen of Columbus, Ohio, Kelli (Shawn) Stover of Westerville, Ohio and Mark (Diana) Chandler of Columbus, Ohio. Also surviving are 14 great grandchildren and 1 great great grandson; 2 sisters, Reva Blake and Ruthann Hathaway both of Warren, Ohio and 2 brothers, Ray( Bertha) Allen of Warren, Ohio and Carl(Shelby) Allen of Philippi, W. Va.; several nieces and nephews.

Gerry was a strong woman of the Faith in Jesus Christ. She loved her family and will be sadly missed by all.

Friends will be received at the Wright Funeral Home 220 N. Walnut St. Philippi on Sunday November 13, 12- 3 pm. Funeral services will be conducted at 3 pm with Pastor Bryan Headley officiating. Interment will follow in the Mt. Vernon Memorial Cemetery.