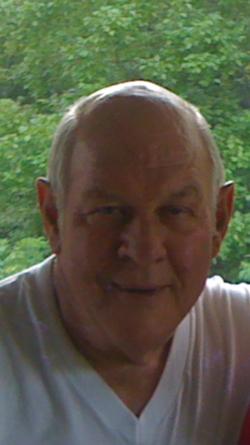 Hertsel Herndon George, 83, of Fairmont passed away peacefully on Thursday March 30th after a brief illness.

He was born on July 18, 1933 in Barbour County, son of the late Herndon and Effie (Moore) George

Hertsel served his country during the Korean War stationed in Germany with the United States Army. He served in many capacities some of which were coal mining, police officer, restaurant owner, manufacturing, assessor as well as proprietor of the Boulder Mercantile. His passion in life was farming & he will be well remembered for his beautiful vegetable gardens. He attended Shade Tree Ministries.

He is survived by his sons, William H. George of Fairmont and his fiancé Joyce Keefover, Chuck Ringer, his wife Sue and their daughters Kathy and Brandy of Shamokin Dam, PA and David George of Buckhannon; grandson Ty George and his fiancé Tayler Roth of Eglon WV; and for the last 7 plus years Herstel had Kathryn by his side along with her family Debra, Dan, Hunter, and Nancy Jo; nieces and nephews and many extended family members & good friends

In addition to his parents and wife, Hertsel was preceded in death by his sister Glenna Propst, her husband Howard & his nephew George Propst

Friends will be received at Wright Funeral Home, 2220 N. Walnut Street, Philippi, WV on Sunday April 2, from 2-4 and 6-8 pm Funeral services will be held on Monday April 3, at 1 pm with Pastor Marvin Frankhouser officiating. Interment will follow at Mt. Hebron Cemetery with military honors being accorded.