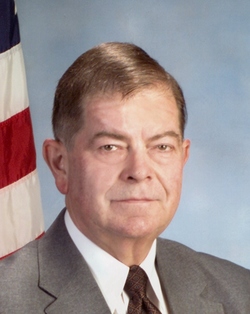 J. Terry Upton age 69 a resident of Gall St. Philippi passed away on Wednesday, January 30, 2013 at his residence. He was born February 22, 1943 in Barbour County a son of the late Darl and Madelyn (Bennett) Upton. Surviving is,

One niece, Kim Nelson and husband John of Charlotte NC

Mr. Upton was preceded in death by one sister, Judith Ann Payne and one brother, Darl Eugene Upton.

He graduated from Philippi High School and Alderson-Broaddus College with a Business Degree
Mr. Upton worked for the FBI from 1994-2005 and received the Director’s Humanitarian Award in 2005, he worked for the City of Philippi as Utility Clerk, City Judge, and past City Police Officer, and former Magistrate. He worked as administrative assistant for Bruce Mining, Barbour Coal Company, and McCoy Brothers, and also Office clerk for Medallion Restaurant.
He joined the Philippi Volunteer Fire Department in 1964 and was currently serving as the departments’ longtime treasurer and served as past president in 1980.
He served on the Barbour County Democratic Executive Committee and enjoyed Civil War and WWII History.
He was a member of Philippi United Methodist Church and enjoyed singing in the Choir.

Friends will be received at the Wright Funeral Home 216 N. Walnut St. Philippi on Friday, February 1, 2013 from 6-9:00 pm and on Saturday February 2, 2013 from 8–10 am the service time with Rev. Tim Bleigh officiating. Entombment will be in the Mt. Vernon Cemetery Mausoleum.