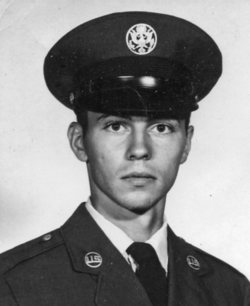 James Alvin “Jim” Hoffman age 69 a resident of Belington passed away Saturday, March 8, 2014 at his residence. He was born December 23, 1944 in Philippi a son of William “Bill” and Marvella (Dawson) Hoffman of Belington. Also surviving is,

Mr. Hoffman was preceded in death by one brother, Juliam (Jody) Paul Hoffman

Mr. Hoffman served in the US Air Force, US Navy and briefly in the Army Reserves.
He was a member of the VFW Laurel Mountain Post #410 and American Legion Post #96 of Belington.

Friends will be received at Wright Funeral Home 216 N. Walnut St. Philippi on Tueday, March 11, from 12-1:30 pm the service hour with Pastor John Dixon officiating. Entombment will follow in the Bryan Memorial Mausoleum. In Jim’s memory, memorial contributions may be made to a charity of your choice.