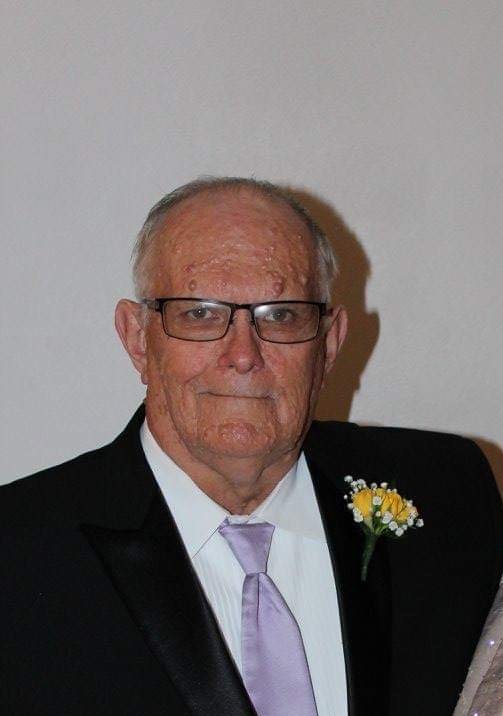 Lafayette “Lynn” Murphy, 69 of the Tacy Community, Philippi, departed this life Wednesday, April 15, 2020 at the United Hospital Center. He had fought a brave fight against Non-Hodgkin’s Lymphoma for nearly 4 years.
He was born April 14, 1951 in Philippi, a son of the late Virgil Carl and Dora Virginia (McLean) Murphy of the Mansfield Addition, Philippi.
On January 4, 1974, he was united in marriage to the former Regeania Sue Cline, who resides at their home in Tacy. Also left to cherish his memory is his daughter, Lanessa Spagnuolo and husband Anthony of Shinnston. One granddaughter, whom he adored, Corina Kay Spagnuolo, also of Shinnston. Brother-in-law Gerald Cline and wife Dianna of Philippi, niece, Angela Doyle of Virginia, and his K-9 buddy, Max. Several cousins.
Besides his parents, he was preceded in death by his grandparents, James and Cora Murphy and Monzell and Roxie McLean, his in-laws, Thomas and Bernice Cline of Moatsville, infant daughter, Lynnae Sue, and several aunts and uncles.
He was a 1970 graduate of Philip Barbour High School. While in high school he attended the Fred Eberle Technical School, and upon graduation completed a program at the Nashville Auto Diesel College in Nashville, TN. He was a welder by trade and was employed for more than 35 years at K&P Machine Service in Grafton. He retired from Delta Cooling Towers in Philippi in 2014. He later took a part-time job as a janitor at the Barbour County Senior Center.
Lynn was a member of the Nestorville United Methodist Church where he sang bass in the choir for many years. He was also a member of the Nestorville Guys and Gals, a gospel group that traveled all over North Central WV sharing the love of Jesus through music. He played a variety of instruments, but mostly the guitar. He occasionally filled in as the piano player at different services and for a time, played the organ before church on Sundays. He always enjoyed a good “pickin’ and grinin’” whether it was at a church social, family get-together, or on his front porch. He and his daughter also sang at many church and community functions around the area. He was over the moon when his first and only grandchild arrived in January; he sang his own version of “Corina, Corina” to his “Sweet Cheeks”, as he called her every chance he got.
While he played music when he could, Lynn spent a lot of time studying the Bible. He enjoyed working outside and cutting grass. In the winter months, you might find him in his workshop constructing a shelf or birdhouse. John Wayne westerns were his favorite movies. He also had an interest in family history and loved old family photos. Sunday afternoon four-wheeler rides was something he also enjoyed.
Lynn always did his best to help a neighbor when needed. He used his dad’s Ford tractor to plow gardens and snow around the neighborhood. He loved life in general and never met a stranger. He was always there for his family.
Final Arrangements are being handled by the Wright Funeral Home. Due to the COVID-19 restrictions, a private graveside service will be held. A memorial service will be announced at a later date. Interment will be at the Crossroads Cemetery at Tacy.
Memorial contributions may be made to the Nestorville United Methodist Church c/o Carolyn Nestor 801 Richman Rd. Moatsville, WV 26405 or the Tacy Cemetery Fund c/o Tracey Howell 532 Laurel Creek Rd. Moatsville, WV 26405.