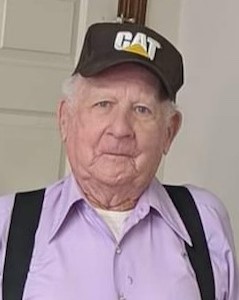 Lewis “Louie” Colen Ball, age 88, a resident of Mansfield Addition of Philippi, passed away Monday January 24, 2022 in Davis Medical Center. Louie was born March 1, 1933 in Brushy Mount, NC, a son of the late John and Laura (Marlow) Ball. Louie was united in marriage on June of 1951 to Joelyn (Graves) Ball who preceded him in death May 24, 2012. Surviving is
Daughter, Brenda Lantz of Belington

Louie was preceded in death by son Tony Ball, son-in-law’s Randy Lantz, and Gary Mills, Great granddaughter, Tawny Johnson.
He was employed as a heavy equipment operator and late foreman on local strip job coal mines. He was a GWRRA member with ½ million miles rode on a motorcycles. He also enjoyed playing music.

Friends will be received at the Wright Funeral Home and Crematory 220 N. Walnut St. Philippi on Friday January 28, from 6-8 pm and on Saturday January 29, from 8-11am. Funeral services will be conducted at 11am with Rev. Ezik Norris officiating. Interment will follow in the Philippi Masonic Cemetery.