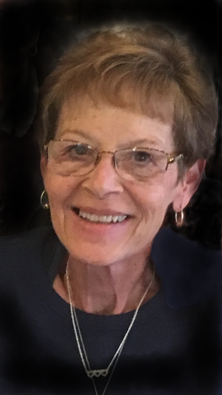 On February 26th, 2020 God called home the life of Linda Rose Burner surrounded by her loving family at home. She was born December 18, 1951 in Clarksburg, WV a daughter of the late Glenda (Henline) Sigley and the late Howard Booth. One June 5, 1971 she was united in marriage to Brooks L. “Bucky” Burner, Jr. who survives at their residence.

She is survived by three daughters; Marci Hayhurst and husband Adrian of Fairmont, Jessica Burner and fiancé Brad Miller of Junior and Angela Burner of Belington. Two sisters; Melva Fittro of Clarksburg and Cindy Seabright of Ohio. One brother, Howard Booth of Clarksburg. Also surviving are four grandchildren that she dearly loved; Chandler Burner, Jayden, LaDonna and Brailyn Herron, as well as two sister-in-laws; Donna Nutter of Bridgeport and Lisa Pettrey of Clarksburg, one niece and several nephews.

She was preceded in death by her step-father, Melvin Sigley; her mother and father-in-law, Imogene and Brooks Burner, Sr.; a special nephew, Howard Booth and her second Mom on earth, Donna Cochran.

Linda graduated from Victory High School in 1970. Linda was not only a homemaker but a loving wife, mother and grandmother. She worked most of her life at several jobs including Philippi IGA and WV Gear Up Program in Barbour Co. Schools. Linda was a Faithful member of Corley United Methodist Church where she served as a Superintendent and Sunday School Teacher.

Linda was a true soldier for the Lord. She was instrumental in introducing many to him. Even during her hardest days she still prayed for others and thought about others more than herself. Linda was loved by many and will be missed by all.

Friends will be received at the Wright Funeral Home and Crematory 220 N. Walnut St. Philippi on Saturday, February 29th 2020 from 4-8pm and on Sunday, March 1st from 8am-3pm the service hour with Pastor James “Oz” Gray officiating. In honor of Linda’s wishes, cremation will follow services.