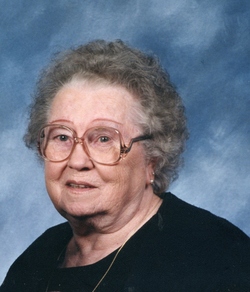 Marvella Hoffman passed away peacefully on Oct 31. She was born December 30 1925 to Samuel Oliver Dawson and Geraldine Vivian Upton.
She is survived by her high school sweetheart and husband of 72 years, William M. Hoffman of Belington WV.

Granddaughter Alethea Hoffman Nummy, daughter of Jody and her husband Tommy, their children
Kendyl and James.

Granddaughter Lisa Hoffman, daughter of Jody and her partner Lia.

She and her husband helped build, from the ground up, three Southern Baptist
Churches; including the most recent one, Philippi Southern Baptist Church.
She was active in the Church teaching Sunday School, on the mission boards for Southern Baptist convention and many other church related activities. She was also a member of the
Woman’s Christian Temperance Union.

She was employed as a reporter for Thousand Oaks newspaper of California and while there
interviewed many celebrities, including Elvis Presley. She also worked for the Upland Police Department and was the first Secretary for the Conejo Valley Historical Society, and President of the Woman’s Missionary Union. She was on the Republican executive committees in California and West Virginia.

Marvella loved her family and was always there to care for them. She was a blessing to many.

Friends will be received at the Wright Funeral Home 220 N. Walnut St. Philippi on Sunday November 2, from 7-9 pm and on Monday November 3, from 8 am – 2pm the service hour with Pastor John Dixon officiating. Entombment will follow in the Bryan Memorial Mausoleum.