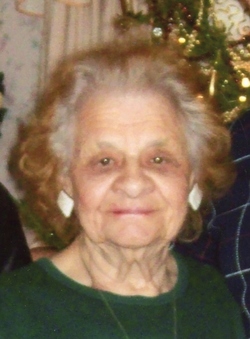 Mary Lee Kopfle, age 85, a resident of Maple Ave. Philippi passed away Friday May 22, 2015 in Valentines Personal Care Home in Elkins. She was born July 5, 1929 in Century, WV a daughter of the late Edward and Sophia (Vance) Spotloe. She was united in marriage on July 29, 1966 to Edward Kopfle who preceded her in death in 1987. Surviving are
Two sons, Greg Phillips Sr. and wife Cynthia Sue of Buckhannon
Steve Phillips of Clarksburg

Brother, Richard A. Spotloe of Philippi

Mary was preceded in death by her son Francis Edward Phillips, sister Constance Daugherty
She worked as a utility operator for Westinghouse in Grafton. Mary attended the Barbour County Senior Center, and was 50 year member of the Crim United Methodist Church.
She was 1948 graduate of Philippi High School.

Friends will be received at the Wright Funeral Home 220 N. Walnut St. Philippi on Monday May 25, from 12- 1 pm the service hour with Rev. Tim Bleigh officiating. Interment will follow in the Mt. Vernon Memorial Cemetery.