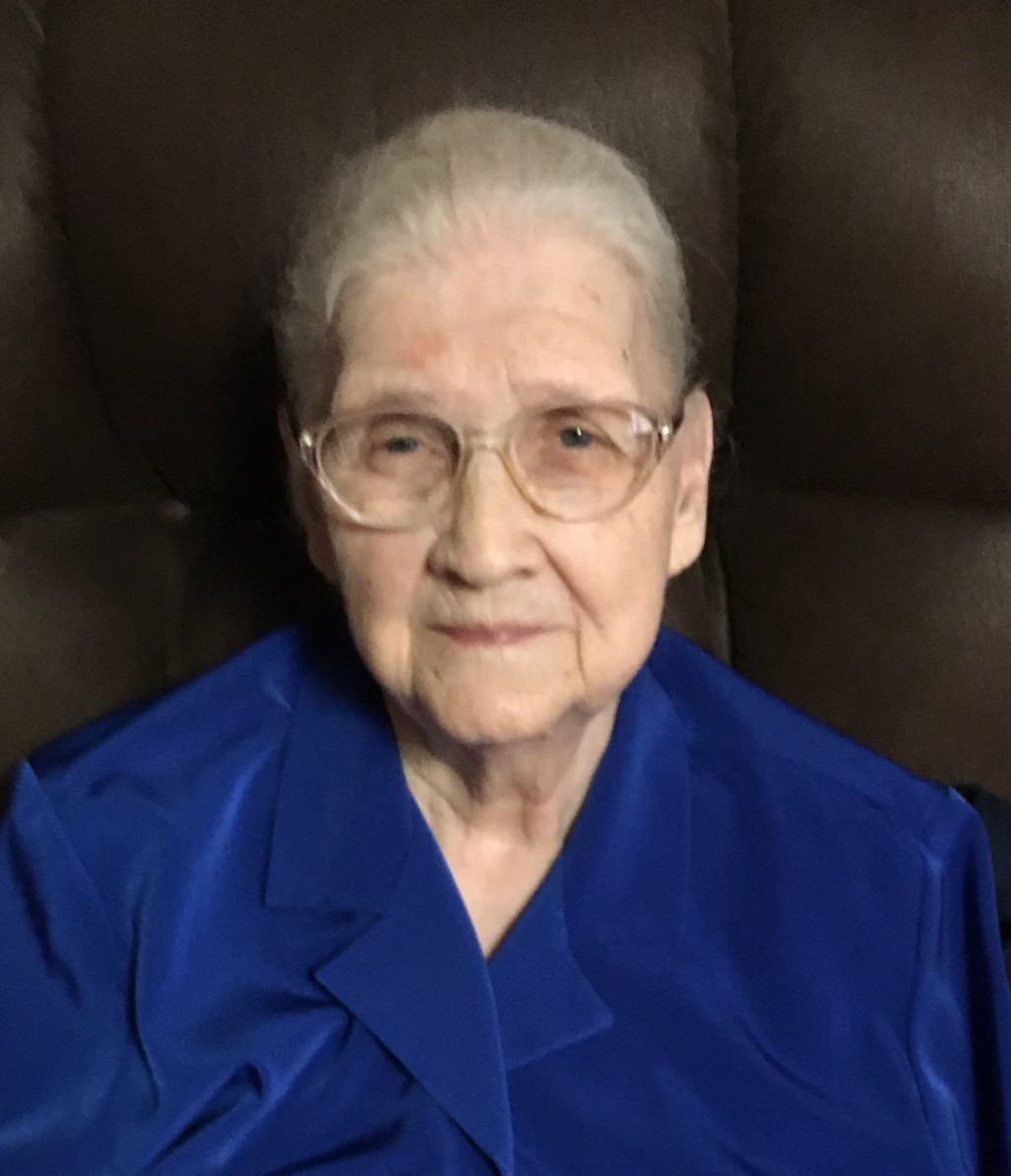 Minnie M. Mayle, age 93, a resident of Croston School Rd., died on Tuesday December 6, 2022 in the home of her daughter Connie Kennedy, where she was taken care by Mickey Mayle, Connie Kennedy, Allan Kennedy and Melissa Kennedy.
She was born on November 29, 1929 in Arden, a daughter of the late William and Melvine (Mayle) Poe. On April 9, 1947 she married Denzil F. “Den” Mayle who preceded her in death August 11, 1994.
Surviving are two daughters, Opal “Mickey” Mayle and Connie Kennedy, grandchildren Melody Faulkner, Kristie Collins, Alicia Flynn, Allan Kennedy, Chad Mayle, and her great grandchildren, Jerrad Collins, Tylor Faulkiner, Chelsie Collins, Alex Flynn, Trey Faulkiner, Tanner Faulkiner, Zayne Flynn, Madison Mayle, Haley Kennedy, Emma Mayle.
She was preceded in death by one son, Marcus Mayle, and two son-in-laws Danny Mayle, and Enoch Rickey Kennedy. Siblings, Eresel Elwood Poe, Lilly Kennedy, Opal Mayle, Violet Croston, Grannet Kennedy, William “Bill” Poe, and Burnett Croston.
Mrs. Mayle was homemaker, loving wife, loving mother, excellent cook and she loved her family with all her heart. She was devoted Christian that loved to spread the gospel.
Friends will be received at the Wright Funeral Home and Crematory 220 N. Walnut St. Philippi on Friday December 9, from 4-8 pm and on Saturday December 10, from 8 am- 1pm. Funeral services will be conducted at 1 pm with Pastor Jacob Smithmyer and Pastor Marvin Mayle officiating. Interment will follow in the Welch Cemetery. Condolences may be expressed to the family at www.wrightfuneralhomeservices.com