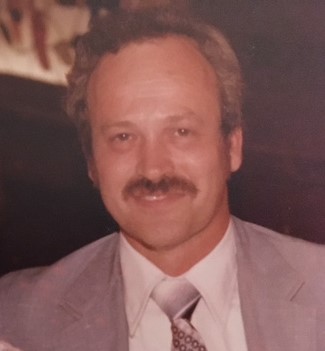 Richard Bartlett, age 84, a resident of Philippi, passed away Monday August 8, 2022 at his residence.  Richard was born April 17, 1938 in Philippi, a son of the late Donald and Helen (Huff) Bartlett.  Richard was united in marriage on January 2, 1981 to Nancy (Baumgartner) Bartlett who survives at home.  Also surviving are children, Larry Donat of Greentown, IN, Greg Donat and wife Mona of Denver, CO, Bill Donat and wife Lee of Sacramento, CA, Dalice Myers and husband Phil of Richmond, IN, George Maus and wife Lisa of Kokomo, IN, and Joe Maus and wife Rae of Greentown, IN, 9 grandchildren, 13 great grandchildren, sisters Beth Long of Parsons, and Leslie Sandridge and husband Jeff of Philippi

Richard was preceded in death by his parents as well as daughter Lisa Renee Bartlett Eoyang, son Andy Maus, and brother Lewis Bartlett.

Richard worked for the US Census Bureau as a Branch Chief, in 1992 he was awarded the Bronze Medal from the US Department of Commerce for his superior Federal Service.  Richard was a 1956 graduate of Philippi High School, a 1960 graduate of A-B College with a degree in Business, and 1961 graduate from the University of Tennessee in Knoxville, TN where he received his master’s degree in Economics. Richard enjoyed working on his farm and tending to his garden, he was a member of the Wildthymers in D.C. area, and also the Kiwanis Club of Lehigh Acres in Florida.  Richard loved playing baseball and slow pitch softball he played on leagues here in the county as well as in Florida.

In honor of Richards request cremation will be honored.  A celebration of life service will be held on Saturday August 13, at Wright Funeral Home and Crematory 220 N. Walnut St. Philippi at 11:30 am with Pastor Bryan Headley officiating. Friends will be received from 11-11:30 am.