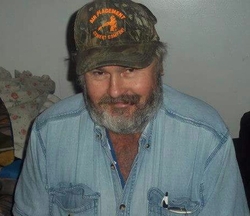 Richard Lee Zirkle age 58 a resident of Barbour Corner Rd. Flemington passed away on Friday, March 10, 2017 in United Hospital Center. He was born January 18, 1959 in Barbour Co. a son of the late David B. and Mary Virginia (Overfield) Zirkle. He was united in marriage May 11, 1980 to Kathleen “Kathy” (McCord) Zirkle who survives. Also surviving are-

One Son, Andrew Zirkle and wife Heather of Philippi

He was preceded in death by two brothers, Pete Zirkle and Michael Zirkle

Mr. Zirkle retired as a superintendent for Air Placement Cement Company, a member of the NRA and WV American Beekeepers.

Friends will be received at Wright Funeral Home 220 N. Walnut St. Philippi on Monday, March 13, 2017 from 3-7 pm the service hour with Rev. Randall Montgomery officiating. Mr. Zirkle’s request for cremation will be honored following his service.