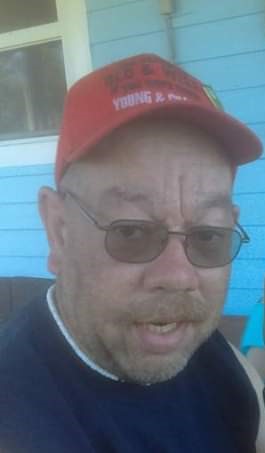 Ritchie E Mayle, 48, of Canton, OH, went home to be with the Lord on Monday October 28, 2019 at 3:30am at Mercy Hospital. His death was sudden and unexpected. He was born February 3, 1971, the son of the late Sharon L. (Fagons) Mayle and Ralph Jr. Mayle and loving stepfather Johnnie Mayle.He was also preceded in death by 2 brothers, Johnnie Mayle II and Marcus A. Fagons, his mother and father in law Roy and Donna Bennett, his maternal, paternal, and step grandparents, and several Aunts and Uncles. On June 10, 1995 he was united in marriage to Sharon G. (Bennett) Mayle who survives. He is also survived by two sons, Ritchie Mayle II and fiance Celina Lindsay and Christopher Mayle both of Canton, OH, two foster sons Erich Wilson and Sam Foster both of Canton, OH, one daughter Olivia G. Mayle of Canton, OH. Two brothers Ronald F. Fagons and wife Keara of Philippi, WV and Ralph E. Mayle of Canton, OH, two sisters, Misty D. Collins and husband Michael of Moatsville, WV and Christa L. Marshall of Buckhannon, WV, several Aunts and Uncles, nieces and nephews, great nieces and nephews, cousins, family and friends. He loved hunting and fishing, spending time with family and friends, telling great stories, talking about church and the bible, and making people laugh. He was a great husband, son, father, brother, and friend. He will be sadly missed by all who knew him. He was a laborer by trade and helped to rebuild the Philippi Covered Bridge after it burned in February 1989. He became disabled at the age of 24 following a stroke. He was a methodist by faith and attended the Peoples Chapel Church. Friends may call at the Wright Funeral Home in Philippi, WV, on Saturday November 2 from 11-3pm. Funeral services will be conducted at 3 pm The Rev. Ruston Seaman will officiate. Ritchie will be cremated at his request therefore there will be no graveside service. A dinner organized by Kimberly Keffer and Donna Seaman will follow at the Chestnut Ridge Community Center. In lieu of flowers the family is requesting donations be made to Wright Funeral Home to help cover funeral costs.