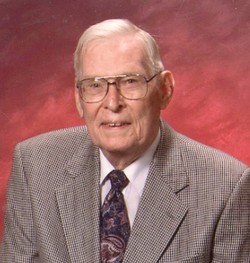 Robert “Buck” True, age 88, a resident of Dogwood St. Philippi passed away Sunday July 10, 2016 in Talbott Personal Care in Belington. Buck was born January 7, 1928 in Barbour Co., a son of the late Clifford “Tip” True and Lucy (Parsons) True. On December 29, 1949 he was united in marriage to Patricia (Marsh) True who survives. Also surviving

One grandchild: Candice Stone and husband Jeff of Philippi

Buck was an active member of the Crim Memorial United Methodist Church and a certified lay leader in the Methodist Charge. He was a member of the American Legion Post #44, Bigelow Lodge #59 AF& AM and belonging to the Scottish Rite Body, the Order of Eastern Star Chapter #41.

Buck also served his country in the Merchant Marines and in the United States Army in World War II, serving in the Philippines.

He received his early education in the Barbour County Schools, welding school in Newport News, VA and took courses in civil and mining engineering from Scranton, VA.

He worked in several different coal mines in WV in various positions and was superintendent at Hackers Creek Coal Co. In 1975 he took a position with the Federal Government as a Federal Mine Inspector and held that position until retirement in 1992.

Friends will be received at the Wright Funeral Home 220 N. Walnut St. Philippi on Monday July 11, from 3-8 pm and on Tuesday July 12, from 8 am- 1 pm the service hour with Rev. Sam Haught officiating. Interment will follow in the Marsh Cemetery at Tacy with flag presentation accorded. In lieu of flowers memorial contributions may be made to the American Cancer Society 122 South High St. Morgantown, WV 26501.