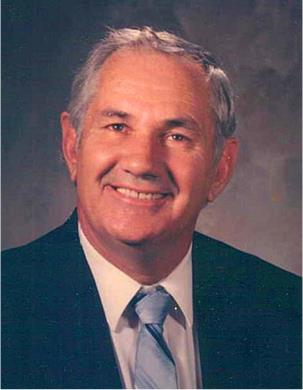 Roy Douglas Bush went to be with the Lord surrounded by his loving family at his residence in Teter on Thursday, March 26th, 2020 following an extended illness. He is survived by his adoring wife of 62 years, Julia “Judy” Shaver Bush.

Roy was born in Gilmer County, WV on July 17 1932 the youngest son of the late Carl “Doc” Bush and Gertrude Black Bush. After graduating from Tanner High School in 1952, he attended Alderson-Broaddus College. He was a stellar athlete in basketball and baseball. His team at AB won the WVIAC Championship twice and traveled to Kansas City for the NAIA National Championship. After school, he began his career with Consolidated Gas, working as a well tender, truck driver and foreman, retiring in 1991 after 32 years of service. In 1966, he transferred with the company to Upshur County where he would raise his family on a small farm near Teter, as well as help run a family-owned oil and gas company located in Tanner.

Roy, always active in church, had served as deacon, trustee, superintendent, and other leadership roles. He was helpful, caring, and supportive; and his faith guided his day to day decisions. He could always be found at athletic events in the seats, in the bleachers, in a lawn chair, or pacing the sideline to support his sons, daughters, grandchildren, or great grandchildren.

He was preceded in death by one sister, Reta Eloise Robinson, and one son-in-law, Reverend Michael H Westfall.

Roy loved to spend time with his family and friends. He loved to golf with family and extended family of fellow golfers. He loved his basketball and baseball, no matter who was playing. There was no-better husband, father or friend. He will be greatly missed by all.

While Roy deserves a beautiful tribute, this is an unknown time with the COVID-19 pandemic. We believe attending a visitation or funeral is not in our best health interest. We will be having a private service and graveside service at the Mt Vernon Memorial Cemetery in Philippi with the Reverends Elizabeth & Jason Westfall officiating. A Celebration of Life service will be held at a later date for family, friends, and those who are unable to travel.

In lieu of flowers, memorial contributions may be made to Liberty in Christ Church c/o Rev. Libby Westfall PO Box 2533 Buckhannon, WV 26201.