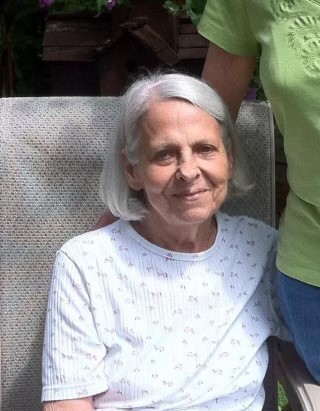 Shirley June Taylor, age 83, a resident of Philippi, departed this life at The Hospice Center in Elkins, on Sunday, September 19, 2021. She was born June 27, 1938 in Philippi, WV, the daughter of the late Beryl and Hazel (Wamsley) Thorne. Shirley was united in marriage on February 11, 1957 to Frank Taylor who proceeded her in death on December 9, 2009.
Surviving is- Daughter, Linda Tenney and husband David of Philippi
Son, Rusty Taylor and wife Jennifer of Philippi
Sister, Susan (Ball) Haddix of Belington
Granddaughters, Melissa (Tenney) Estep and husband David of Morgantown, and Hailey Taylor of Philippi
Grandson, Logan Ball of Philippi
Great-Grandchildren, Zachary, Anna and Eli Estep of Morgantown
Shirley was proceeded in death by brother, Ralph Thorne and sister Janet (Thorne) Upton. Shirley was known by many from Broaddus Hospital where she retired from 41 years of service as a nurse’s aide. Everyone who knew her loved her. She will be greatly missed by all.

Friends will be received at the Wright Funeral Home and Crematory 220 N. Walnut St. Philippi on Friday, September 24th from 6-8pm and on Saturday, September 25th from 10am – 1pm. Funeral services will be conducted at 1pm with Rev. Downing Gregory officiating. Interment will follow in the Mt. Tabor Cemetery.