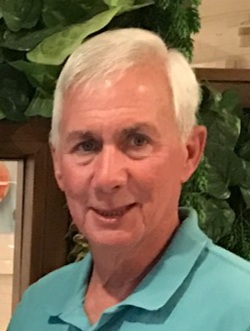 Steven Hall Sinsel, age 66, a resident of Philippi, passed away from natural causes Thursday May 20, 2021. Steve was born May 17, 1955 in Flint, Michigan, a son of the late Adrian and Margaret (Phillips) Sinsel. On August 20, 1977 he was united in marriage to Carol Smithson Sinsel who preceded him in death on January 12, 2021. Surviving are his daughters, Stephanie Danielle Sinsel and granddog Neiko, of Morgantown, WV. Bronlyn Nicole Smith and husband Ben, and his precious granddaughters Maggie Jade and Mia Kathryn also of Morgantown, WV, and nephew Brian Sinsel of Salt Lake City, UT. Steve was also preceded in death by his brother Richard Keith Sinsel. Steve graduated from Philip Barbour High School in 1973 and received an Associate of Science degree in mining engineering and a Bachelor of Arts degree in business administration from Fairmont State University. He served as a Barbour County Commissioner from 1999 thru 2010. Steve also worked at Builders Center of Philippi and Lowe’s, where he recently retired. He was a loving husband, dad, and granddad. In his younger years he played fast pitch softball, enjoyed snowmobiling, going to the beach, golfing with Carol, and enjoyed building houses including his own home of 37 years. In his later years he resumed golfing with friends, and enjoyed his daily morning walks with neighbors. Steve was an active member of the Southern Baptist Church in Philippi. Friends will be received at the Wright Funeral Home and Crematory, 220 N. Walnut St., Philippi on Sunday May 23, from 1-6 p.m. and on Monday, May 24 8-11 a.m. Funeral Services will be conducted at 11 a.m. with Pastor Jim Strawderman officiating. In honor of Steve’s request cremation will follow the services. In Lieu of flowers, memorial donations may be sent to the Southern Baptist Church of Philippi.