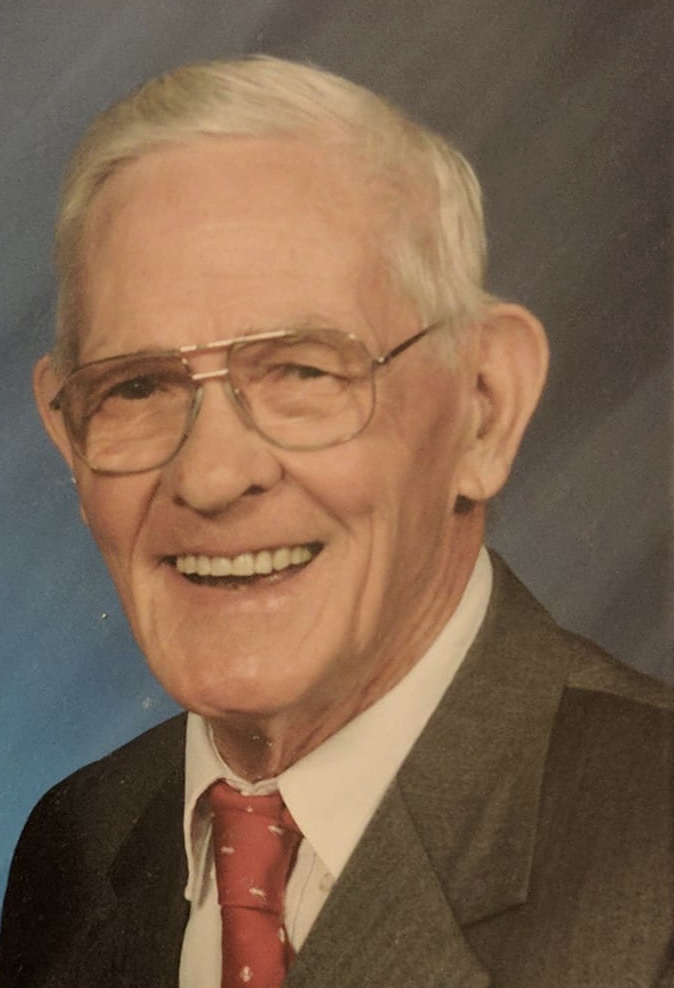 Thomas B. Andrick, age 97, a resident of Burner Rd. Union Community Philippi, passed away Friday September 6, 2019 in the United Hospital Center in Bridgeport, WV. Tom was born November 18, 1921 in Barbour County, WV a son of the late Arley and Dora B. (Williams) Andrick. Tom was united in marriage on August 20, 1943 to Audra G. (Dadisman) Andrick who preceded him in death on June 24, 2010. Surviving are-

Blainetta Barnes of Sims, IN

Judith Craft of Indianapolis, IN

Tom retired as a school teacher after 40 years of teaching, he had taught in several schools in Indiana and West Virginia. He enjoyed gardening, and entering is produce at the Barbour County Fair to be exhibited, Tom tended to his orchard and caring for his bees. Tom was a member of the Barbour County Bee Keepers Association. Tom was also a member of the Union Church of Christ where he served as an Elder.

Friends will be received at the Wright Funeral Home 220 N. Walnut St. Philippi on Monday September 9, from 4-8 pm and on Tuesday September 10, Tom will be moved to the Union Church of Christ to lie in state from 1- 3 pm. Funeral services will be conducted at 3 pm with Evangelist Ron Loughery officiating. Interment will follow in the Pitman Cemetery.