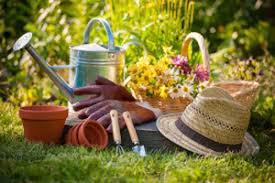 Virginia Elizabeth Isner, age 90, a resident of Philippi, passed away Friday August 9, 2019 at the home of her son. Virginia was born September 27, 1928 in Barbour County, WV a daughter of the late C. Wade and Francis E. (Payne) Poling. Virginia was united in marriage to Troy Ray Isner who preceded her in death on December 8, 1986. Surviving is three children

Virginia was preceded in death by one daughter, Patty Joann Henderson

She attended the schools of Barbour County. Virginia was employed 12 years at Broaddus Hospital, 15 ½ years at G.C Murphy Co. when Murphy’s closed in January of 1991. She worked at IGA until September of 1994. She worked at Adaland Mansion three summers. But the job she really loved was the three winters she was a foster grandparent at the Philippi Head Start School. She loved to garden, quilt, cook, and spend time with her family.

Friends will be received at the Wright Funeral Home 220 N. Walnut St. Philippi on Saturday August 10, from 5-8 pm and on Sunday August 11, from 8 am- 3 pm the service hour. Funeral services will be conducted at 3 pm with Pastor Bryan Headley officiating. Interment will follow in the Crossroads Cemetery at Tacy.