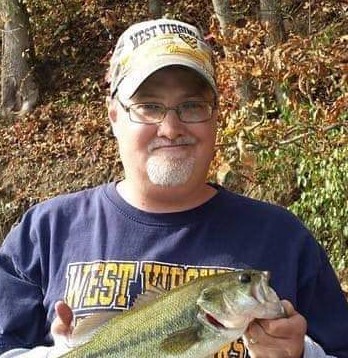 Brain was preceded in death by brother, Russell Stover

Brian was a graduate of Philip Barbour High School Class of 1994. While he attended school he was a member of the Colt Marching Band percussion line and the Blue Note Choir.

After high school he attended WVU and Fairmont State College where he received a degree in history. Brian was a longtime member of B.A.S.S., past member of WV Bass Federation, a member of Appalachian Bass Club. He co-founded and helped run Poorman Tournament Trail with his father from 2002-2015. Brian played Jerry West basketball for many years and later coached youth basketball in the Jerry West League. He was a member of Calvary Baptist Church. He taught percussion through the years at many schools and colleges. Most recently being volunteer work at Belington Middle School, Mon Valley Express Drum & Bugle Corps, and North Marion High School.

In honor of Brian’s request cremation will be honored. A Celebration of Life will be held on February 2, 2020 at 2pm at the Belington Civic Center. In honor of Brian’s love for music, comics and the New York Yankees, all attending are being asked to wear their favorite rock band, Yankees Baseball, or comic t-shirt. Condolences may be expressed to the family at www.wrightfuneralhomeservices.com