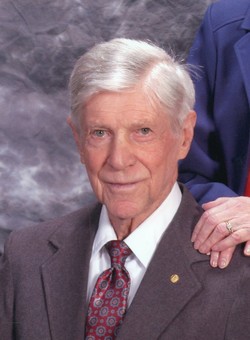 Brooks Griffith, age 94, a resident of Garnett St. Philippi, passed away Friday November 30, 2012 at his residence. He was born February 4, 1918 in Barbour Co. a son of the late James Walker and Ivah (Thompson) Griffith. He was united in marriage on December 23, 1944 to EvaLee (Lake) Griffith who preceded him in death on December 24, 2008.
Surviving is: one son: Lyle B. Griffith and wife Polly of Philippi

Friends will be received at the Wright Funeral Home 216 N. Walnut St. Philippi on Monday December 3, from 6-8 pm and on Tuesday December 4, from 8 am -1 pm the service hour with Pastor Bryan Headley officiating. Interment will follow in the Mt. Vernon Memorial Cemetery.