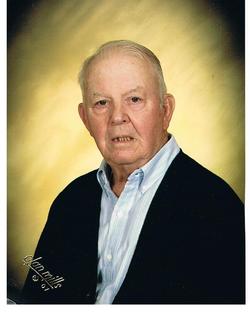 He was born on December 5, 1922 in Adolph, West Virginia, the son of the late John Norris and Fanny Currence Hodges.

Mr. Hodges was an honorably discharged US Army Veteran of WWII and served in the Burma-China Campaign, he was discharged as a staff sergeant.

Clarence worked in the coal mines in Cassity, West Virginia for 24 years and then moved to the Warren area and worked for Schaefer Equipment in Warren and retired after 24 years of service.

Mr. Hodges loved to garden and was a flea market addict.

Survivors include his wife, the former Mildred Doris Thomason, whom he married on June 26, 1948; his son, John (Cheryll) Hodges of Cortland; three grandchildren, Joshua (Kelli Williams) Hodges, Jensen Hodges, and Chandler Hodges, and one great-grandchild, Rowan West. He also leaves his best friend, Sam, his dog.

Other than his parents, one grandson, Cullen Hodges is deceased along with his siblings, Hull, Elmer, Churck, John, and Noble Hodges, Mazie Fox, Betty Fox, and Jane Zirkle.

Friends will be received at the Wright Funeral Home 216 N. Walnut St. Philippi on Monday March 3, 2014 from 11am – 1pm the service hour. Interment will follow in the Rowan Cemetery with military honors being accorded.