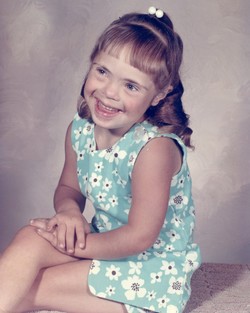 Deborah Ann Seibert, age 53, a resident of Stewarts Run Rd. Philippi passed away Wednesday January 25, 2017 at her residence. She was born July 3, 1963 in Clarksburg, WV a daughter of Richard C. Seibert Sr. and Virginia Sue (Williams) Seibert who survive at home. Also surviving is

Deborah worked for the ARC in Harrison County, and also the Sheltered Workshop in Harrison and Upshur Counties. She enjoyed bowling and swimming, and took part in several of the Special Olympics and was huge Jimmy Johnson fan.

A special Thank You to the Mountain Hospice Staff for the wonderful care and services that were provided.

Friends will be received at the Wright Funeral Home 220 N. Walnut St. Philippi on Saturday January 28, from 11 am – 1 pm the service hour with Rev. Dr. Danny Franke officiating. In honor of Deborah’s request cremation will follow the services. In lieu of flowers memorial contributions may be made to Mt. Hospice 1002 S. Crim Ave. Belington, WV 26250 or to ARC in Harrison County PO Box 764 Clarksburg, WV 26301.