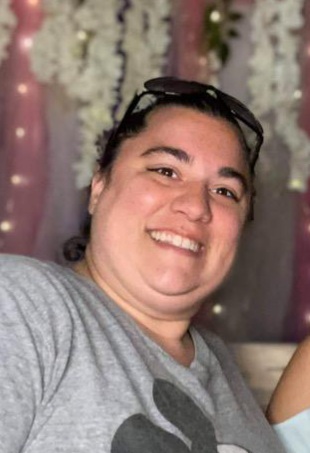 Elizabeth Elaine Crites, age 34, a resident of Philippi passed away unexpectedly on Monday September 20, 2021 in Ruby Memorial Hospital. Elizabeth was born May 20, 1987 in Gaithersburg, MD a daughter of Carla and Rick Boylen of Philippi, Robert Crites of North Carolina, and Matt Knotts of Belington. She is also survived by her fiancé Jacob Willard and son Elijah Jon Lee Willard.
Grandparents, Linda Triplett of Moatsville, Ethel Crites of North Carolina, and Etta Knotts of Belington. The late Holbert Crites and Leslie Triplett
Great-grandparents, June Marsh of Moatsville and late Bernard Marsh. The late Mazie and Donald Triplett.
Siblings- Justin Crites and wife Courtney of Philippi, Emily Ramsey and husband Zachary of Philippi, Jessica Jurick and husband Christopher of Mt. Clare, Isaac Knotts, Conner Knotts, Desiree Knotts, Destini Knotts, Kevin Knotts, Donovan Thomas, River Knotts, Breezy Knotts, Gavin Knotts, Shawn England, and Nicole Knotts all at home in Philippi, Jennifer Triplett of MS, Sheldon Knotts of Preston County and sister in love Jenny Crites of Philippi.
She was preceded in death by her brother Jonathan Knotts.
Elizabeth attended Barbour County Schools, was a 2005 graduate, and attended Fairmont State College and received a degree in early childhood education. She spent her life as a CNA caring for others.
Loved being a Mother and Aunt. Family was her greatest treasure.

Friends will be received at the Wright Funeral Home and Crematory 220 N. Walnut St. Philippi on Wednesday September 22, from 3-8 pm and on Thursday September 23, from 8 am – 12 pm. Funeral services will be conducted at 12 pm with Pastor Howard Swick officiating. In honor on Elizabeth’s wishes cremation will follow the services. In lieu of flowers memorial contributions may be made to the funeral home to help with her expenses.