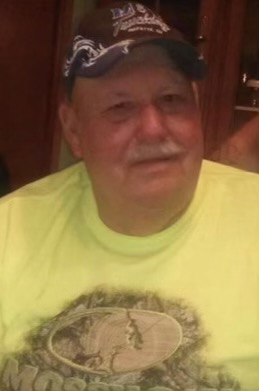 Lifelong resident Frank James Hoffman, age 75, departed from this life and gained his wings on January 3, 2021. Frank was born on November 1, 1945 in Moatsville, WV son of the late Arlin James and Mary Mattilea (Blake) Hoffman. Where he grew up with his three brothers Danny Hoffman, Gary Hoffman, and David Hoffman along with his two sisters, Annalea Isner and Violet Campbell. He met his wife Dorothy at the age of 22 and they were married in August 16, 1967.
Frank was a husband, father, and friend. He loved playing music with family and friends along with other hobbies which include hunting, fishing, collecting knives and building things. You name it he could make it happen. He often referred himself as a jack of all trades and master of none. Everywhere he went he made friends mostly because of his kindness and humility toward others.
Frank is survived by his wife Dorothy Hoffman and two children Frank Hoffman Jr. and longtime companion Billie Beohm and his daughter Tammy Marsh and husband Quentin Marsh. Also survived by his four grandchildren, Jessica Taylor, Logan Bickel, Mattilea and Alexis Marsh, three great grandchildren Emma Bently and Gage Taylor. Also surviving is sister, Annalea Isner, and significate other Jerry Brown, brother Gary Hoffman and wife Janet and several nieces and nephews.
Frank was preceded in death by his parents Arlin and Mary Hoffman, two brothers, Danny and David Hoffman, and sister Violet Campbell, also two daughters Lisa Marie and Nora Christine Hoffman both who were born angels.
Frank will be deeply missed by his family and many friends.
A private service will be held at the convenience of the family.