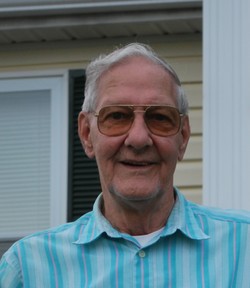 Franklin Delano Starkey, age 83, a resident of Flemington passed away Saturday April 30, 2016 at his residence. He was born January 15, 1933 in Taylor Co. a son of the late Radie Roscoe and Ethel May (Skidmore) Starkey. He was united in marriage April 6, 1953 to Yvonne Delores (Mouser) Starkey who survives at home. Also surviving

Franklin was the last surviving member of his immediate family having been preceded in death by three sisters and four brothers, and son Franklin Delano Starkey Jr.

Friends will be received at the Wright Funeral Home 220 N. Walnut St. Philippi on Tuesday May 3, from 5-8 pm and on Wednesday May 4, from 8am- 1 pm the service hour with Rev. Carl Radcliff officiating. Interment will follow in the Flemington I.O.O. F. Cemetery.