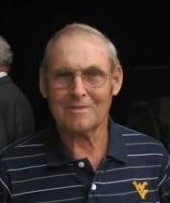 On June 19, 2019, Hubert Burton Nestor ended his earthly journey on the hill above Moatsville, WV where he began his journey 88 years ago on August 15, 1930. He was the son of the late Ottis and Mamie (Freeman) Nestor. He was a 1949 Kasson High School graduate . On June 10, 1950, he married the late Savannah Mae McVicker. Together they had seven children. Roger Nestor (deceased) and wife, Reta Jean of Belington; Nancy Righman and husband, Jerry, of Nestorville; Dewayne Nestor and wife, Teresa, of Nestorville; Cathy Nestor (deceased at birth); Gregory Nestor and wife, Carolyn, of Moatsville; Alicia Duckworth and husband, Jesse (JR) of Moatsville; and Kelli Harris and husband, Mark, of Moatsville.

He is also survived by brothers-in-law, James (Sut) McVicker of Clemtown, and Jackie Booth of Midway Road, and a sister-in-law, Shirley Jacobs, and husband, William, of Camp Run.

Hubert was a loving son, brother, husband, father, and grandfather who enjoyed his large family coming home. He and Mae owned and operated Nestor Lumber Company for several years until his retirement in 1995. He enjoyed farming. He was proud of his Polled Hereford cattle, which were one of the top-performing herds in the state. After he sold his herd, he became one of the leading contract grazers in the state. He was a very conscientious and hard-working farmer, which he won many awards for. He and Mae won the Tygarts Valley Conservation Farmer of the Year Award multiple times. In 2005, they were named WV Conservation Farmer State Winner. He was a founding member of the Barbour County Livestock Association, as well as the Barbour County Parks and Recreation Commission. In the prime of his life, he helped others by either donating time, labor, or lumber.

Friends will be received at the Wright Funeral Home 220 N. Walnut St. Philippi on Friday June 21, from 3-8 pm and on Saturday June 22, from 8 am- 2 pm the service hour with Rev. Jimmie Tallman officiating. Interment will follow in the Clemtown Cemetery.