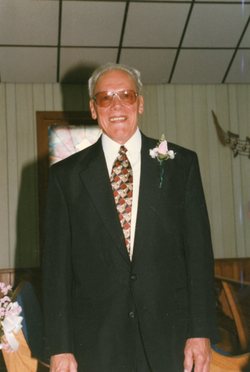 Lawrence D. Board, age 92, a resident of Midway Rd. Belington, passed away Thursday January 5, 2017 in the Louis A. Johnson VA Medical Center. He was born November 1, 1924 in Belington, a son of the late William Roy and Adelean (Booth) Board. Lawrence was twice married first to Ada (Boyles) Board who preceded him in death and second to Eloise (Hill) Board who survives at home. Also surviving

Lawrence was preceded in death by sister, Marie Southern of Virginia, brother, John Board of Ohio

Lawrence was a business owner of Sealtest Ice Cream distributor until his retirement. He was a decorated Army veteran of WWII, having been awarded 3 Purple Hearts and 4 Bronze Stars. He was a past president of the Lion’s Club on Whitehall, and a member of the Purple Heart Association. He was also involved in the Boy Scout of America local Whitehall Troop Leadership, and the Cripple Children’s Society. He was a Protestant by faith.

Friends will be received at the Wright Funeral Home 220 N. Walnut St. Philippi on Monday January 9, from 3-8 pm and on Tuesday January 10, from 8 am – 1 pm the service hour with Pastor Downing Gregory officiating. Interment will follow in the WV National Cemetery in Grafton with full military honors being accorded.