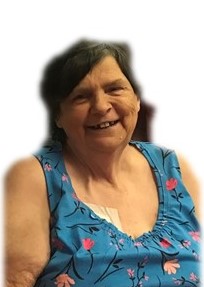 Mary Louise Streets, age 70, a resident of Philippi, passed away unexpectedly Saturday June 5, 2021 at her residence. Mary was born April 25, 1951 in Buckhannon, WV a daughter of Chester Karrell Ritter and the late Mildred Agnes (Robinson) Ritter Dean. Mary was united in marriage on November 22, 1975 to Samuel Claude Streets who preceded her in death on July 2, 2014. Surviving is-

Mary worked as a seamstress for Reidboard’s, and was a homemaker. She enjoyed working puzzle books, reading and sewing. Mary loved spending time with her grandchildren and great grandchildren. She was a member of the Shiloh Church of the Brethren and the ladies aide.

Friends will be received at the Wright Funeral Home and Crematory 220 N. Walnut St. Philippi on Tuesday June 8, from 5-8pm and on Wednesday June 9, from 8 am – 11 am. Funeral services will be conducted at 11 am. Interment will follow in the Shiloh Cemetery. In lieu of flowers memorial contributions may be made to Camp Hope Church of the Brethren c/o L. Poling 212 Darnell Dr. Philippi, WV 26416. Condolences may be expressed to the family at www.wrightfuneralhomeservices.com