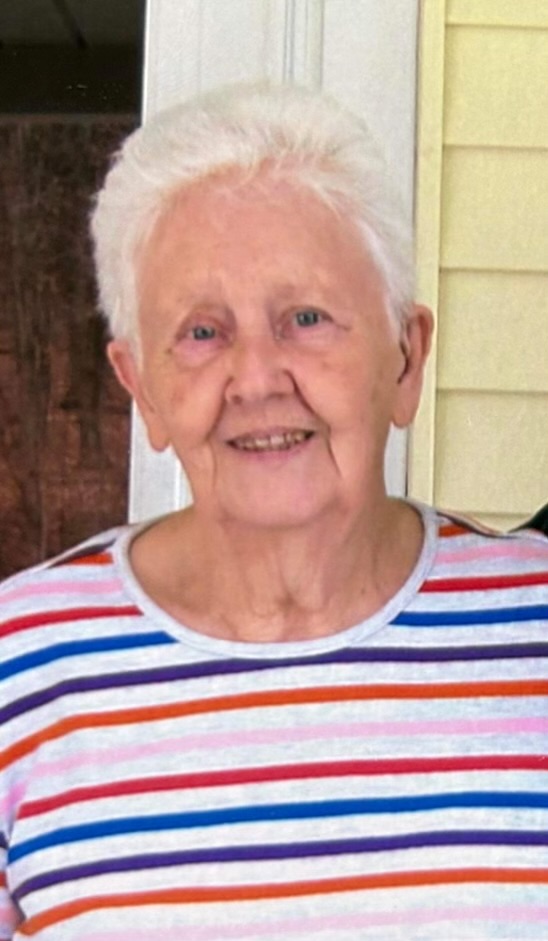 Myrtle Campbell, age 96, a resident of Philippi passed away unexpectedly at the home of her daughter where she resided. Myrtle was born March 17, 1926 in Arden, WV a daughter of the late Harvey Corder Reed and Rose Dove (Proudfoot) Reed. Myrtle was twice married first on May 6, 1944 to Linwood Russel Booth who preceded her in death January 19, 1949, and second on September 29, 1950 to Elmer “Pat” Campbell who preceded her in death on April 25, 2012.

At the age of 16 Myrtle starting working at Woolen Mill in Philippi, later at Westinghouse in Fairmont and lastly at J & L Steel in Aliquippa, PA. Myrtle loved being a homemaker she was a meticulous house keeper, she loved yellow tomatoes and looked forward to harvesting her garden and canning her produce. Myrtle enjoyed reading and working puzzles. She will be dearly missed by all.

Friends will be received at the Wright Funeral Home and Crematory 220 N. Walnut St. Philippi on Sunday September 25, from 6-8 pm and on Monday September 26, from 10-11 am. Funeral services will be conducted at 11 am with Pastor Sam Haught officiating. Interment will follow in the Jerusalem Cemetery. In lieu of flowers memorial contributions may be made to Jerusalem Church 200 Pike St. Philippi WV, 26416.