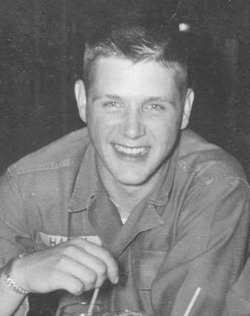 Stanley “Jack” Haddix, age 80, a resident of Dayton Park, went home to be with his lord and savior Jesus Christ, on Friday October 28, 2016. He was born on December 14, 1935 in Berryburg, a son of the late Melba Haddix. After his mother’s passing Jack was reared by his grandparents Bessie and Ord Haddix. He was united in marriage to his loving wife of over 50 years on September 26, 1959 to Jaqueline Rose (Purkey) Haddix who preceded him in death on April 12, 2013. Surviving is

One daughter, Sheri Campbell and husband Gene of Philippi

One son, Dewayne Haddix and wife Rebecca of Morgantown

Jack was preceded in death by one sister and two brothers, He was owner and operator of Jack’s Texaco and later Jack’s Golf Cart Sales.

He served in the US Army during the Korean Conflict and was stationed in Germany. He was a member of the American Legion Post #44 and the Belington VFW #410. He further served his community as a Philippi City Councilman and assistant pop warner football coach. Jack was a devoted father and loved spending time with his family which meant a lot to him.

Friends will be received at the Wright Funeral Home 220 N. Walnut St. Philippi on Tuesday November 1, from 5-8 pm and on Wednesday November 2, from 8- 11 am the service hour with Rev. Sam Haught officiating. Interment will follow in the Mt. Vernon Memorial Cemetery. Memorial contributions may be made to Hospice Care Corp 7 Harman Center Suite 203 Grafton, WV 26354.